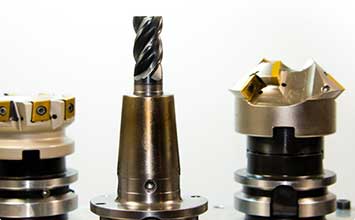 Growing up in South Dakota, Mack brothers Allan and Dale lived to hunt, shoot, and spend all their time outdoors. It seemed only natural they would turn their love of the outdoors into careers in the firearms industry. They both worked for Dakota Arms, which is owned by Remington, for over eight years. During their time at Dakota Arms, Dale and Allan discussed going into business for themselves, and in 1997, the West River Rifle Company in Sturgis, SD was born.

Dale kept his full time job while Allan went headfirst into getting the business up and running and starting production. Within one year, Dale was able to quit working for someone else and devoted himself to working alongside Allan full time. The first two years were difficult, as with many start ups, although their business grew every year.

The first year the Mack brothers saw an increase of 25% growth, the second year 50%, and after four years they had to move from a 2,300 sq. ft. building into a 14,000 sq. ft. one. It seemed as if their dream had taken on a life of its own, and from that point on, Dale and Allan never looked back. They recently added an additional 8,000 sq feet and an underground shooting range for research and testing.