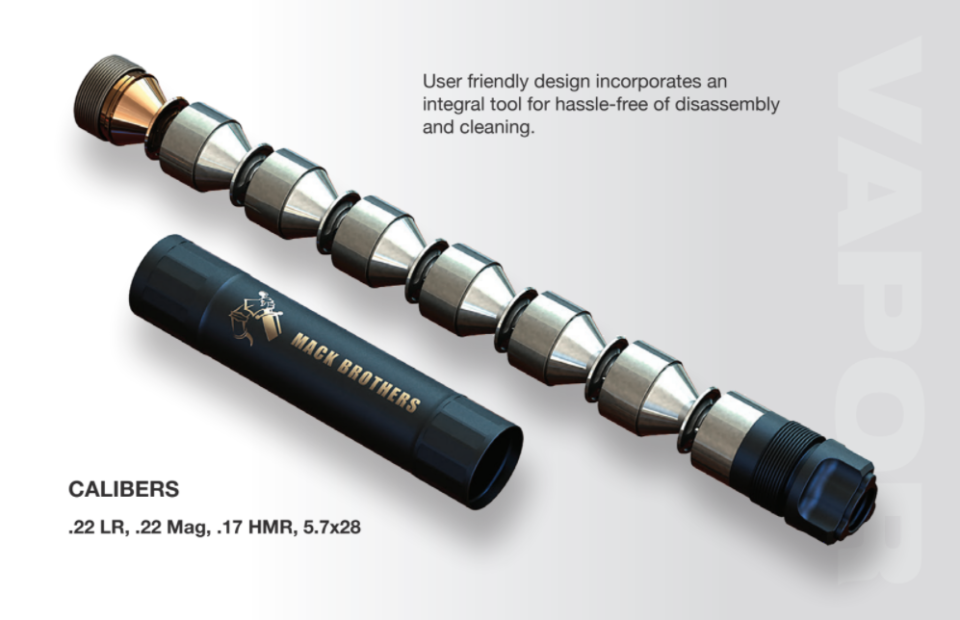 About a week after SHOT Show 2016, I got a call from Jeremy at Silencer Shop with news from the show and details on upcoming suppressors. In our lengthy discussion, we chatted about some of the products that Silencer Shop had lined up for 2016 and I was excited to hear that the suppression superstore expected to add several new manufacturers to their already robust lineup. Less than 60 days after the show, the first of these new silencers are beginning to roll in.

The first of these new offerings is a .22 caliber suppressor from Mack Brothers called the Vapor. Mack Brothers operates out of Sturgis, South Dakota and has actually been in the silencer game for almost 20 years, but this year the company appears set to take serious steps to compete with some of the industry’s giants. With silencers coming in several popular calibers, 2016 will surely be Mack Brothers’ biggest year yet. Enough with the background though, let’s check out the Vapor.